A Prose Sequence
for Leslie Scalapino

Leslie Scalapino's poetry, whose aeolotropic series "that they were at the beach" I read in Rosmarie Waldrop’s seminar on “The Fragment,” enchanted me with crystalline sequences, perceptions, and reversals. I was delighted to meet Leslie, along with her husband Tom White, at the Holloway Series in Berkeley.

Tom ~ congenial with an easy laugh & good sense of humor... Leslie ~ we shared a “rocket salad” at a little bistro, and her expressive brown eyes reminded me of Emily Dickinson’s eyes, the drop of sherry in a glass.

I admire writers like Leslie Scalapino whose poetic genius nurtures the hopes of young writers. Leslie's beauty & vision, as a person, connects to our hearts & our whole selves.

"Out walking by magnolia blossoms cups and entirely inside as there is no sense of there being anything in there." (from Orion)

This is the last line of her prose novella, Orion, where a shattered world turns in kaleidoscopic language reminiscent of Stein and Dickinson. Synchronic in time and syncretic in vision, Orion transmits single images through diverse permutations ranging from “swimming blossom cups” (213) to shifting shots of a car accident: “The windshield crumples like a flower – falling outwards” (199).

“…extended swimming blossoms cups of them swaying. out ahead.
dazzling amidst cups on stalks in sheet
running in sheet
they’re firing from behind running in sheet of cups blossoms
line of light horizon on sheet of swaying cups running.
Burst from behind.
anger is not there is no space. I’m tired of taking this from them.
there’s no space so vast sheet of cups in light” (213-214)


At once empirical yet metaphysical, her poetry & prose convey an ironic transcendence:

“She begins to weep, and this is such a relief.
She looks up and can see the stars.
There is Orion. Orion is lying on his side, falling into the Southern Hemisphere” (170).

*
"Light light sky. Not going back - which that is. Light light. It is back, as being there."
(from The Return of Painting)

The Return of Painting is a novella in two parts, “A Novel” and “A Novel II (a separate novel)” portrayed in subtle shades of graceful humor & sly slippages. The appendix, whimsically entitled “The Comic Book,” is elusive, cubist, and romantic: “The following is simply a vision. It is not part of the novel. Since there is no novel.”

Here is an aeolotropic world in fragments, one where our anthropocentric attitudes, at times, are marginal in the natural landscape. Her intersecting planes of perception are concurrently objective, raw, tender, and striking. I think of the compound eye of a bee that sees beyond the visible spectrum of light to ultraviolet – even to the realm of angels.

“The angels fluttering in a flock – but heavily – in one area.
So that they – angels – are not with the cattle, or having anything to do with them.
The light of the sky on the green meadow.
It is the reverse of here.” (58)

------
Karen An-hwei Lee is the author of Ardor (Tupelo Press, 2008), In Medias Res (Sarabande Books, 2004), and a chapbook, God’s One Hundred Promises (Swan Scythe Press, 2002). Her books have been honored by the Norma Farber First Book Award from the Poetry Society of America and the Kathryn A. Morton Prize for Poetry. The recipient of a National Endowment for the Arts Grant, she chairs the English department at a faith-based college in southern California, where she is also a novice harpist, and keeps a web log at: http://karenanhweilee.wordpress.com/

Sewing the black silk irises
To pause, to sit, to listen to their
Cloth-ness or the tears of the silk
From worms we know not of nor
Ever discuss.

Turing the bulb turned
Inwards to the light inside
The outside of a part of us all,
She told us of thoughts
Deepened in their own
Water, then other randoms
Like houses that drew
Themselves to the surface.

Sitting, now, over the last bed
Of the one who made poetry
Into the conjoined pipes of a sad
Song we run through like a medieval
Maze of roses, no, not roses.
Silk irises, black, the ones we are
Sewing now to say goodbye.

Millicent Borges Accardi has received fellowships from the National Endowment for the art, the California Arts Council, the Barbara Deming Foundation. Her recent work is in Nimrod, Tampa Review, New Letters and Salt River Review as well as Boomer Girls (Iowa Press) and Chopin with Cherries (Moonrise) anthologies. She’s been a writer in residence at Yaddo, Jentel, Vermont Studio, Fundación Valparaíso in Spain and Milkwood in the Czech Republic. Her chapbook, Woman on a Shaky Bridge is with Finishing Line Press. 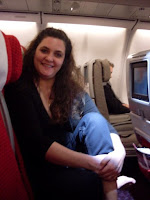